Regenia Gagnier outlined that the working class memoir can incorporate six different types of narrative form. Various narrative forms come to play in Margaret Perry’s (born 1922 in Nottingham) memoir. The first narrative form that is present in her memoir is that of a political narrative. For a young, working class female, Perry was very politically aware, ‘I’d read about Nationalisation, the Public ownership of all the necessary things in life. It sounded a jolly good idea to me’ (pp. 30), ‘I was hooked on socialism before I met Edward. He just confirmed it for me’ (pp.33), with a clear political idealism, ‘I listened silently to their discourses on Socialism versus Anarchism … governments would not be necessary because we would live in a utopian world, of no wars, no poverty, no evil’ (pp.37). It could be argued that Perry’s interest in politics was furthered by her social capital with older males, which included Perry’s first husband, Roy, ‘An avid reader of politics, religion and philosophy. For this reason also, my Mother thought him too intellectual for me … he inspired me to begin to read for myself’ (pp. 30), and a married peacetime Lawyer, Edward, ‘I learned that he was a red-hot Socialist’ (pp. 30). 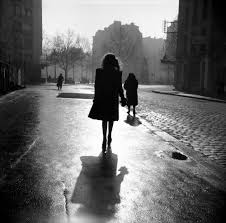 Another narrative form that comes into Perry’s is that of a confessional narrative, which is most often included in female writer’s work and with a sensational tone. Julia Swindells argued that female autobiographers frequently slip into ‘romantic or melodramatic mode, especially when speaking of dangerous issues concerning sexuality, reputation,
abuse etc’. Aspects of this ‘melodrama’ in the confessional narrative include abortion, ‘she drank a lot of Gin apparently, soaked in hot baths, and “jumped off the copper top” … a recognised way of procuring an abortion at that time’ (pp. 6), and rape, ‘when I was beginning to feel safe and relaxed I was rather forcefully seduced. Today it would be called rape. I was a virgin’ (pp. 29). Bourke noted that working-class women ‘castigated menfolk for their sexual promiscuity'(1), however it is evident that women could be promiscuous and unfaithful also as Perry reveals, ‘these lovers of mine were intellectual men with high ideas and ideals … both were happily married but with wives who had other lovers … Roy could take no more of my infidelity (pp. 38).

However, the narrative form that I believe Perry’s memoir most takes is that of self-examination. Gagnier saw this narrative form as incorporating the ‘value of introspection and writing as a tool of self-understanding; they seek to write their lives as middle-class narratives, especially with respect to … progress’ (2) and that the writer possesses a belief in ‘personal creativity, autonomy, and freedom for the future’. Gagnier argued that this form of memoir was the most ‘”literary” of working-class autobiographies’ (3), something that Perry would have been proud of with her pursuit of cultural capital, ‘Dad, proud as a peacock, bought me a second hand piano. On H.P. of course … I knew it was a burden’ (pp. 8), symbolic capital ‘I’d taken a commercial course in short-hand, typewriting, and book-keeping during my last year at school’ (pp. 24), and social capital, ‘it was a new language to me and music to my ears … I listened carefully and copied much and suffered much mocking at home’ (pp. 25).

Bourke also argued that ‘men and women calling themselves “working-class” were drawing upon an identity based not only on their current position in society but also on a position inherited from their parents and grandparents'(4). Although Perry does acknowledge her working class background:

‘They kept a thriving business in the form of a “Fish & Chips” shop. By “they” I mean my Grandmother, for her husband contributed nothing to the business but an ability to drink away the profits. He also managed to make his wife pregnant regularly once a year’ (pp. 4),

much of her individual identity is indeed based upon progress, ‘I decided to “better myself”’ (pp. 24), and transcending the working class, ‘I wanted to be part of this society and forget the terraced street I’d been brought up in’ (pp. 26). This desire for development differentiated Perry from her working class peers, ‘I floated past kids I’d been at school with, without recognition’ (pp. 26), and even her family, ‘I “looked down” on my father’ (pp. 26). Class is certainly a minor part of Perry’s identity, but the ‘status’(5) gained through class is far more significant to her. Despite social events and changes at the time, such as World War Two, Perry appears to attribute changes in her own life to individual effort, ‘they liked girls of good family, and good education, so goodness knows how I got a job’ (pp. 24), ‘this new job did nothing to help, career wise, but it did a great deal for me socially’ (pp. 24) and ‘they … called me a stuck up snob. This pleased me. It meant I was well out of their class’ (pp. 36).

Perry’s tone overall is a reflective one over episodes in her life up to the age of 28, ‘there’s the beginning of another saga …’ (pp. 38), however other tones arise at different moments in her memoir. In the discussion of her education after failing her entrance exam into Grammar School, Perry’s tone is certainly one of resentment, ‘by the time I was thirteen I had had most of my sense knocked out of me and all my confidence’ (pp. 13) and hatred, ‘Corporal punishment … the one who administered most of it was of German extraction and was, I now suspect, getting into practice for the concentration camps’ (pp. 11). This tone is unsurprising for someone who knew the value of qualifications in order to better herself, and in acknowledgement for how this stage of education could have demotivated her for the rest of her life. Her tone is also humorous, especially when relaying key moments such as manipulating a Ouija board, ‘I manoeuvred the letters round as best I could to spell out “Norman is alive and well” and felt a little shame-faced when she finally heard he was dead’ (pp. 18). Despite the turbulence of World War Two, Perry’s discussion of this time in her life is quite nostalgic, ‘Joyce and I went out every Friday night … walked the three miles home to my house, talking all the way about the fellows we’d danced with’ (pp. 28).

Bourke also argued that ‘the realization of one’s class position emerged from routine activities of everyday life – it was the “feeling of belonging” which was felt to be natural and was taken for granted’ (6). Class was also seen as ‘intrinsically tied up with the awareness of difference'(7). I feel that Perry’s memoir holds a narrative model that is one of self-improvement from her ‘class’. Although class was a part of Perry’s identity, she saw that it was malleable and to be transcended. Perry was a dreamer, ambitious and determined, and I feel that she wrote her memoir to prove that people can better themselves from the constraints of class if they wish to.