Margaret Perry, born 1922 in Nottingham, had a traditional working class education in her formative years (note: for a creative way of enjoying this post, please click on the oral history link in the online resources section below, and listen to playground rhymes of Nottingham school children!).

School dominated Perry's younger days, with an aggressive and intimidating teacher, as is so often mentioned in working class memoirs. She left senior school at fourteen and found it to be the ‘happiest day of her life’ (pp. 11). In reminiscing about her education up to the age of fourteen, Perry said that she could ‘weep with self-pity’ (pp. 11), even in the 1970s, over her experiences.

Perry could not remember much of her schooldays before the age of eleven. It was at this age that she failed her entrance examination for grammar school, with which she could well have gone onto university. This failing would have almost certainly paved the way for working class pupils – grammar school could lead to better occupations, even university, whereas senior school was the commonplace, mediocre system of education. Perry’s upset and anger in failing the exam is obvious through having to suffer ‘corporal punishment’ for two of her last three years at school (pp. 11).  Perry never names the teacher of her first two years of senior education. However, she does mock the fact that her teacher’s gender was questionable, ‘the one who administered most of it [corporal punishment] was a female (I think) of about sixty who also had taught and assaulted my mother thirty years previously’ (pp. 11). This quote is revealing in various ways. Perry’s remark that she wasn’t sure whether her teacher was ‘female’ suggests disbelief; this highlights the society’s perception that females should be maternal and caring, and that Perry attributed the teacher’s qualities to a male gender. The fact that the teacher was ‘about sixty’ shows an opinion again, in that people, and especially women, of this age should be meeker than dealing out violent punishments. Also, Perry’s use of the word ‘assaulted’ to describe the teacher’s actions shows her level of intelligence to present laws, and also how society has evolved, ‘corporal punishment at that time was accepted by parents and teachers alike’ (pp. 11).

The focus on her teacher’s heritage is also intriguing. Following the First World War, there was an entrenched dislike to the losing Germans. Perry tells us that her teacher was of ‘German extraction’, which could suggest some of the regard that the teacher received at this time, post-World War One. Additionally, much was placed upon the idea of heredity at this time, and Perry’s inclusion of this suggests an inherent evil or opposition from this woman due to her ancestry. Following the Second World War, this national regard towards the losing German side was even greater due to the atrocities committed during the Holocaust. With this, Perry’s line, ‘She was of German extraction and was, I now suspect, getting into practice for the concentration camps’ (pp. 11) shows the level of hatred harboured for this woman, and the acts that Perry felt she was capable of. It is clear how much Perry felt she suffered beneath this woman, as other working class children will have experienced during this era when physical punishment was seen as behaviour management.

Perry admits that she could not learn anything from this teacher for the fact that she was ‘so terrified’, and for this lack of absorption, she felt the teacher ‘hated her’ (pp. 13). Forms of punishment included:

The role of religion in education is obvious, ‘it was all in good cause, this educating the proletariat, and she was a good Christian woman’ (pp. 13). Perry admits that the class knew that their teacher ‘wasn’t normal’, being able to play the ‘Jekell and Hyde game’ if a child ‘lied’ about their experiences to their parents (the child then being thrashed for this). Other reason for punishment was that pupils were left-handed, stammerers, ‘poorly-clad’. In Perry’s case, she was small and a ‘four-eyes’ (pp. 13), attacked by both her teacher and classmates. Perry’s lengthy focus on this experience serves to show how society has changed and improved, and specifically in the welfare of children. David Vincent argued that ‘[T]he foundation for the eventual victory [full literacy] was laid not in the schoolroom but in the working-class family' (1), and it is evident that Perry was exposed to cultural capital at home from her mother, 'she sat down regularly at 2 p.m with her book ... read through the evening till bedtime. The public library was her salvation' (pp. 9). Perry went on to have a ‘civilised’ teacher in her final year, where she experienced being the ‘favourite’ due to her ability to read sheet music, 'Dad, proud as a peacock, bought me a second hand piano. On H.P of course' (pp.8). Perry gushes, ‘this Angel’, ‘I loved the woman’ and ‘she never raised a finger to one of us’ (all pp. 14), and in reading this passage, I connected emotionally with Perry after the brutality the class had received.

Vincent also argued that the definition of literacy is 'the notion of participation'(2), and if this is the case, it is clear that Perry participated in learning outside of her statutory education. Perry went against expected gender consciousness, studying courses in short-hand, typing and book-keeping in her final year at school and for two more years in adult classes. She knew that she wanted to ‘better herself’ (pp. 23) to gain a 'career' (pp. 24), and did so. Perry also pursued older lovers who introduced politics and literature to her. There are elements of the autodidact with Perry in this way, actively pursuing learning and knowing the ways to do so. Overall, she was a member of the working classes who knew the importance of education for a better position, but experienced the oppression that a statutory working class education can bring. 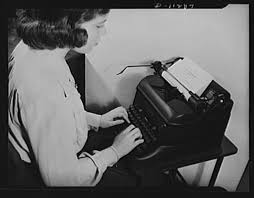 A link to an oral history website – this particular sound clip is of Nottingham schoolchildren singing playground rhymes (admittedly, recorded in the 1970s – some 40years after Perry was at school!) http://sounds.bl.uk/Oral-history/Opie-collection-of-children-s-games-and-songs-/021M-C0898X0033XX-0100V0

A history of playtime http://www.bl.uk/playtimes