It seems to me Edward Balne wrote this memoir primarily to make sense of his long adventure of a life – unbereft of rich experiences. As made clear in my introduction, he did not think any ‘modern young man or woman’ would have much interest in what he had to say. In addition he does not address anyone by name, so I’ve also ruled out his writing specifically to a family member as an audience. The style of address is very broad. 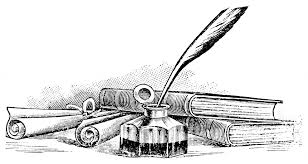 According to George Orwell, there are three reasons for writing. I’ll summarise them here:

1. Egoism. To write because you’re important, that your opinion matters, to prove your parents or elders wrong about something they said, to be remembered after death – and when death is coming, to re-live life and to remember it as living life to the full. To keep living right up to death.

2. Aesthetic enthusiasm. To write because words are beautiful and powerful and to somehow become a part of that through writing them.

3. Historical impulse. To store up facts of history.

4. Political purpose. Political in a very broad sense: To reveal to the world a new way of thinking about a certain subject for the improvement of society.

Edward Balne I think fits into numbers one and four.

His political purpose (number four) concerns education. He defines himself as a ‘poor-law schoolboy in the title of his memoir, and the first fourteen pages of the roughly sixty five pages are devoted to his schooling. For example, he firmly states that:

‘Some of the balderdash taught today makes it absolutely obvious that 1972 teaching techniques fall far, far short of the standards set by the old masters of seventy and more years ago. And in my view, this is the principal reason why a very large percentage are almost completely illiterate when they leave school… millions and billions of pounds are being spent and literally being thrown down the drains because of fancy and utterly incompetent modern teaching methods.’

If this isn’t a political comment, I’m not sure what is.

But concerning number one, Balne expresses himself through poetry. He is uses romantic language, and by so doing he is setting himself up as intellectually equal to those in the upper classes. As Evan M. Gottlieb makes clear in his essay Charles Kingsley, the Romantic Legacy, and the unmaking of the working-class intellectual, Balne is creating an ‘imaginative representation of a working-class man…’ [p1], drawing from his experiences.

Here is a sample:

We have ridden thro’ the winds and the heather,
And sailed the wide blue ocean seas together.
We have tumbled across the hills and the ranges
And watched, wide-eyed with wonder – the Springtime Changes.

Hand in hand we have wandered thro’ the forest and the glades
Amid the sunlight and the shadows and the shades.
The blue-coloured tit and the robin and the wren,
Have shared our modest feast – there in that lovely glen.

– All taken direct from Edward Balne’s memoir. This poem is a retrospective, looking over and also to an extent romanticising his youth – reliving it in poetry. In this, I could even make an allowance for point number three.

In defining himself as a ‘Poor Law Schoolboy’, he justifies his writing as a representative of one of the many schoolboys that went through the system – those boys whose experiences would have been forgotten if not spoken about. But in other ways he does not conform to the patterns of other working class memoirs. He uses ‘I’ profusely, asserting his self upon events and freely expounds his personal opinion on many issues. He does not count himself as just one of the multitude at the time of writing.

It seems, though, from his concluding statements that he is writing because he has fulfilled what he set out to do – he started as a poor-law schoolboy, as one of the many. But he is living the ‘winter of his existence’ comfortably, enjoying ‘the delights of ease and comfort with a well-loved pipe and a favourite book to read.’ – Balne, p73, as a choice and without the degradation of poverty. It seems, to this reader at least, he wanted to show this in writing.

http://human.ntu.ac.uk/research/labouringclasswriters/Index.htm – a useful collection of poems from working class writers from Nottingham university.